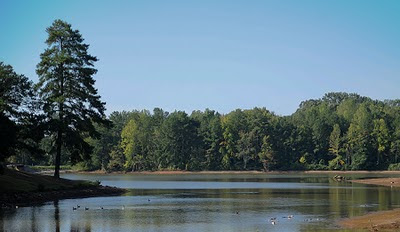 I went to the park this morning for some fresh air. The county has been renovating this park for over a year.. I really thought it would be finished by now.
Since the playground, pavillions and walking trails are still closed, there was no one else there. Not a cloud in the sky and only the sound of an occasional flock of geese announcing their plan to take off.
Posted by Faye White at 11:22 AM 1 comment: 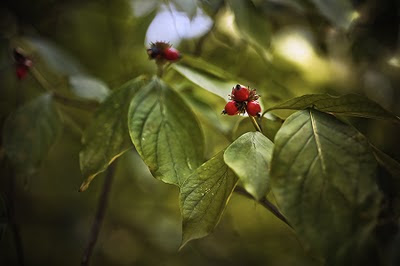 Throwing "never shoot at midday" caution to the wind, I went out to photograph some of the early leaf changes. Most of the leaves haven't turned yet, but there are a couple of trees in the back yard that have a little bit of color.
These berries on the dogwood branches caught my eye and the shade protected my shot from the harsh sunlight. I caught a bit of the blue sky and although this is a good representation of the day, I might have preferred (compositionally) to not have the blue spots. Oh well... it's a beautiful autumn/fall day!
Posted by Faye White at 1:40 PM 1 comment: 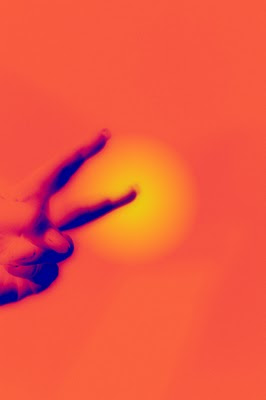 I'm feeling overwhelmed lately by haters. They're everywhere. Even close to home - which makes me especially sad. Apparently, it's easy to hate something or someone. Most people's hate is directed toward a group or an idea or some inanimate object. It's not as common to hear someone say "I hate so-and-so". I take that back... in politics, the leaders are often the target of hatred, but more for what they represent than who they are as a person.
Hate is everywhere in the news, it's everywhere in social networking and it's so contagious. 'That tv show/driver/speech/store clerk pissed me off, so I'm going to tweet about it or post on Facebook.' It has crossed my mind that happy, well-adjusted people are not online.
I did not watch the Tea Party debate on Monday, but I have seen video clips from it and when Ron Paul was being asked about a hypothetical person in a coma, but without health insurance (his choice) and the moderator asked "would you let him die?" There came shouts from the audience "Yeah!" "Let him die!"
But I also saw the video of people rushing in to rescue a motorcyclist who was under a burning car. They lifted the car and pulled the injured man from underneath the vehicle.
It frightens me that I may know more people who would let someone die rather than risk their safety to help a stranger. I hold out hope that the hater's words come from ignorance and bravado and mob mentality and if faced with a split-second decision to help , they would do the right thing.
Posted by Faye White at 1:33 PM 5 comments:

Chicago and other memories 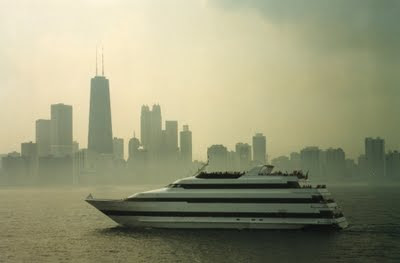 Cleaning dirt and dust is a job that be done without much thought and after a certain amount of physical exertion, the job is done. You put away the broom, the glass cleaner and the dusting cloth and you're finished... ready to move on to something else.
Clearing out a closet (or anywhere else where things have been stored for years) is a different process. Old clothes are donated, other stuff goes to recycling centers. But some things that are uncovered cause you to pause and remember. Old photos, notes from friends - not necessarily things that you thought had been lost, but things that had just been forgotten.
And so, this chore takes time and pulls at emotional threads.
About this photo: I spent a couple of years consulting for a company in the Chicago area. On this day, the office staff went on a lunch?dinner? cruise on the lake. I found the packet of photos during the closet cleaning. One thing I hate about film - no date info! :(
Posted by Faye White at 8:34 AM 1 comment: 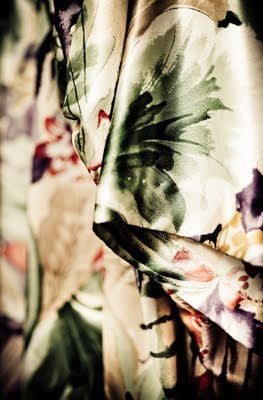 While waiting for the rains from tropical storm Lee to arrive, I figured it would be a good day to clean out the last closet. Unfortunately, they all eventually get back to the state where they need another cleaning, but this one would bring them all to a state of relative orderliness.
I never imagined how much stuff was crammed in there. There were clothes (four large bags ready to go to Goodwill this week), computers, computer bags, briefcases, books (programming guides), cables, cords, and financial records/papers from 1996. Good grief - what a mess!
However, I also found this robe... which I will not be giving away.
And it's still not raining..