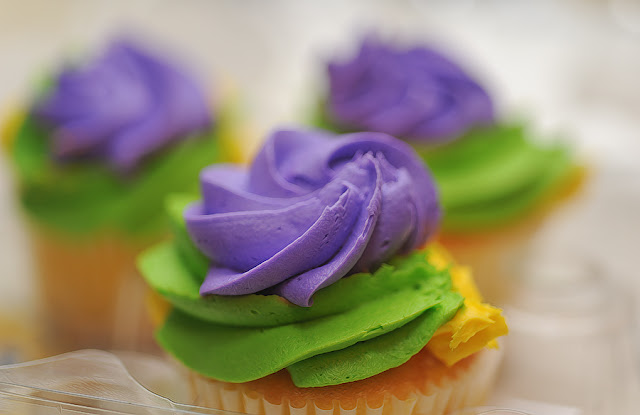 I had such high hopes for today. Well, I had plans anyway. I did manage to get the car washed and the oil changed. Funny thing... being a woman and going to get the services normally handled by the menfolk, I am always aware that 1) the men running these places are sure that I haven't a clue about anything automotive or home-repair-ish and 2) I am therefore gullible and ripe for being sold goods and services that I do not really need. So, at today's oil change, the service technician brought two pieces of paper to me, each with a puddle of oil. The first was the differential fluid and apparently it needs be changed, but it will probably be okay for another year. The second oil sample was from the engine and it seems that I will need "an engine oil flush" soon because there is a lot of sludge (?) in the oil. I said that I'd keep that in mind, but just the oil change today, thanks. A few minutes later, he brought oil samples to another woman who was also getting an oil change. She signed up for the engine flush... I never saw any samples being shown to any of the male customers, although there were several in the audience.

So, home I went in my clean car with new oil. There I attempted to get the garden fountain flowing again. I cleaned out all of the dirty water, refilled the basin, although I never could get much water pressure out of the hose (another winter casualty). Flipped the switch for the pump - nothing. So I sat in the sun for a while and enjoyed the warmth.

I guess the universe would prefer if I stuck to baking cupcakes and if I could, I would!
Posted by Faye White at 5:03 PM 2 comments:

Back when I was a digital camera newbie, with a Sony F505, I joined a camera forum group at DPReview.com. It was a great place to learn the technical capabilities of a camera (there were forums for every camera manufacturer). Members posted photos and shared the specifics about their shot. I not only learned how to use the different functions of my camera, but I learned a lot about composing and general rules and guidelines.

Once a month there would be a photo challenge. A topic would be announced and a deadline (usually about three weeks out) given. The photo had to be taken within the three week period and taken with a Sony camera, although eventually the rules were relaxed to allow other cameras' shots to be entered into an exhibition gallery. As I look back on this now, it was an invaluable learning experience.

When I upgraded to a DSLR, a Fuji S2, I became a member of the Fuji forum. The level of experience and expertise of the new group was much greater than my own. The Fuji forum members didn't conduct photo challenges however (this eventually changed)... and that was a shame. Photos were posted and discussed, but I missed the spirit of the competitions and often posted my Fuji photos in the Sony exhibition gallery. I did, however, come to know a superb photographer - Paul Walters - and he was doing a photo-a-day project on Pbase. I liked the idea of the discipline required for this type of commitment and so I began my first PAD project in June 2003.

Eventually, the forums became more of a place to gripe about the technical deficiencies of a camera, rather than just taking and sharing photographs, so I stopped visiting.

I revisited the Sony Challenge galleries at Pbase yesterday (they are still there!), for old time's sake. It was fun to look back at my entries and to remember some of the other photographers. I am posting three photos: the first is my very first public posting of one of my photos and the other two are photos that won their respective challenges. 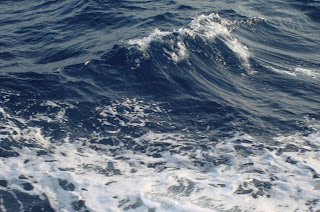 This was actually ineligible for the challenge because it was not taken during the challenge period. I had taken it while on a cruise in the Mediterranean. It is horribly out of focus, but that makes me smile today - I can still remember the trepidation I felt at showing my photo to strangers. 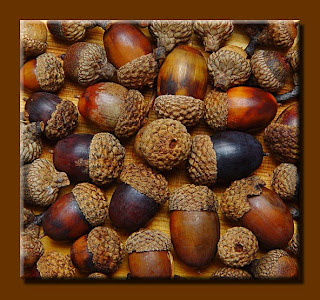 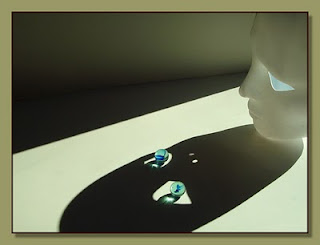 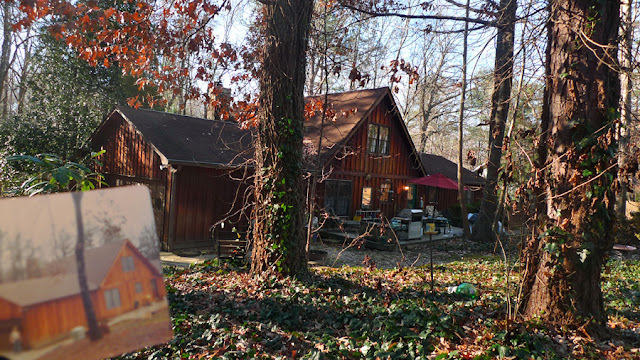 I visited my sister-in-law last week and she had boxes (and boxes) of old photos from her sister who passed away last year.
There was a photo taken of the back of my house; not sure of the date, but the house was still very new (lower left corner). So many changes and additions have taken place over the years. There were other photos of me and my in-laws sitting on the patio. I tried to think back at what I felt about my life at that time. Being caught up in children, school and career, I think I felt that the best was yet to come. The early years of a marriage, parenthood and finding one's way in the world seem to be a struggle when you're in the middle of the storm. But there are no guarantees that when you get the kids through school or when you get the promotion you wanted, that life will be a breeze.
There have been some very good years between these two photographs. Did I recognize that when I was living through them?
Posted by Faye White at 8:42 AM 4 comments: 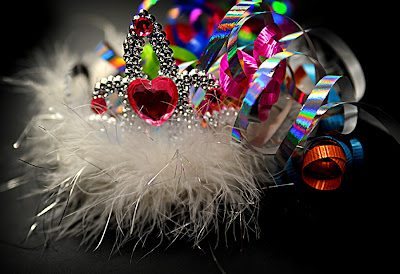 They say (whoever "they" are) that it takes twenty-one days to make or break a habit. Is it easier to make a new/good habit than to break a old/bad one? Can a new/good habit be defined as the 'not doing' of the old/bad habit? I think it can.
I'm not going to list the habits that I have decided to make and/or break... "they" might say that I should, because that will reinforce the promises to myself, to make them known to the world. I disagree. But I will tell you that one involves a crown and a realm. :-)
But it is difficult to change overnight. We are creatures of habit and the familiar feels good. We may have unhealthy habits, but going outside of our comfort zone is... uncomfortable.
So, here's to feeling uncomfortable for the next twenty-one days. After that, it'll be smooth sailing. ;-)
Posted by Faye White at 9:49 AM 3 comments: